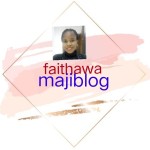 Nasarawa State Governor, Engineer Abdullahi Sule, has assured that oil and gas exploration is still on course in Keana Local Government Area of the state.

Engineer Sule gave the assurance when he attended the empowerment programme organized by the federal lawmaker representing Awe/Doma/Keana at the House of Representatives, Hon. Abubakar Hassan Nalaraba, in Keana, on Sunday.

According to the Governor, though a lot of people may not know, oil and gas operation is ongoing at a high gear in Keana.

Engineer Sule disclosed that, only recently, a team for the acquisition of enhanced seismic visited the area and discovered a cap in Obi, adding that the team is presently in the process of drilling an enhanced well where they will appraise and locate the location where actual production of oil will take place.

“We are on top of it. We have been following up with them. Right now, they are in the process of drilling an enhanced well, where they will do their appraisal and locate where the actual production of oil will take place. From there, then we move on,” he stated.

“It’s not something that’s done in a hurry. Sometimes you spend 30 years producing from that well, that why it takes time. It’s not like the promises of politicians, you promise today, and you see it tomorrow.

The Governor commended the Speaker of the House of Representatives, Femi Gbjabiamila, for finding time to attend both the inauguration of a bridge in Doma, as well as the distribution of vehicles, tricycles, motorcycles, grinding machines, etc. as empowerment to members of the constituency.

He specifically commended Hon. Abubakar Hassan Nalaraba, for his continuous effort towards complementing his administration, by empowering members of the Awe/Doma/Keana federal constituency.

Engineer Sule challenged other lawmakers from the state, commissioners, advisers among others, to emulate the gesture by giving back to their people.

In a goodwill message, Speaker, House of Representatives, Femi Gbjabiamila, described Hon Nalaraba as an extension of who and what people of Nasarawa State can be.

“He has come to the House of Representatives, he has demonstrated capacity, commitment, passion, and love for the people. It’s these qualities that I have found in him in the past three years that have endeared me to him,” the speaker stated.

In his opening remarks, Hon Nalaraba said he was motivated to give back to his people when the Nasarawa State Governor addressed members of the House of Representatives, where he expressed desire to visit various constituencies of the members from the state to commission projects.

Earlier, State Secretary of the ruling All Progressives Congress (APC), Hon. Aliyu Bello, commended Hon Nalaraba for embarking on a large-scale empowerment programme, to the benefit of the people.

“A lot of legislators that we sent to represent us, all that we hear is a certain amount of money has earmarked for our ears. But this one is ‘eye marked’.

“We have seen it and that’s why we are very supportive of Hon Nalaraba, because it’s in line with the policy thrust of Engineer Sule. He is also a governor of ‘eyemark’. All that he said or promised, he makes sure he fulfills,” Hon Bello said.

Peter Obi: Visiting the “Sin” of the Son on the Father